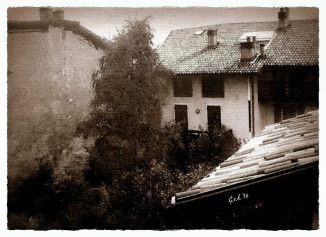 Spring seems to flirting with us.  We have a couple of days of lovely warm weather,  just right for short sleeves and sandals and then, the temps drop and snow falls on the mountains creating an icebox effect.    What a fickle maid is spring!  This is the courtyard as seen from the loggia at the front of my house.  I used FotoSketcher to create a soft oil pastels effect for my monochrome photo.

This is how the cropped monochrome photo looked before the treatment: 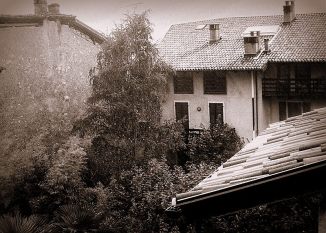 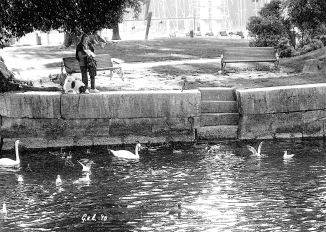 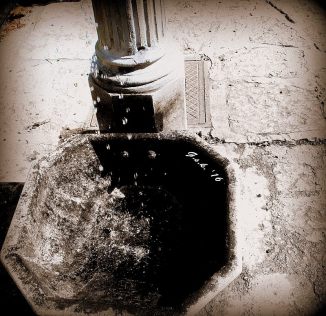 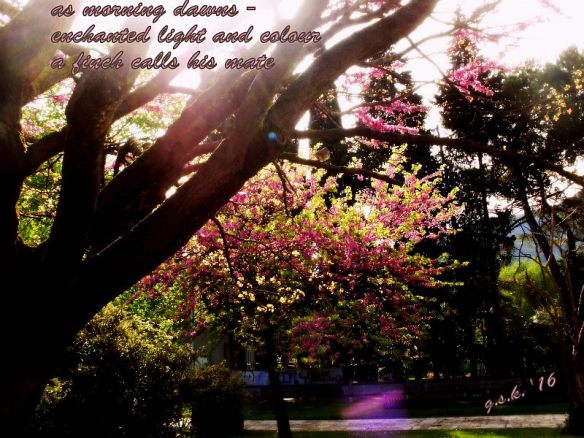 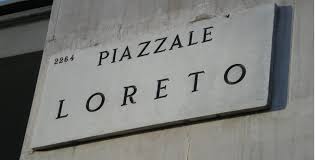 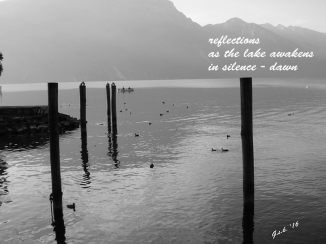 reflections
as the lake awakens
in silence – dawn

the spring lake
rising up to sit
on the bench

ripples
the lake ear listening
to us 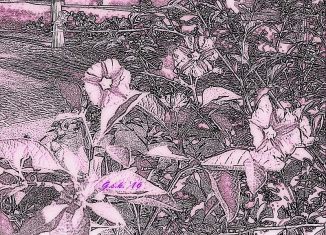 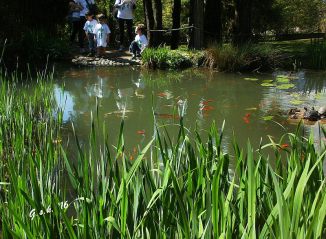 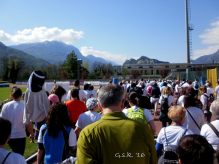 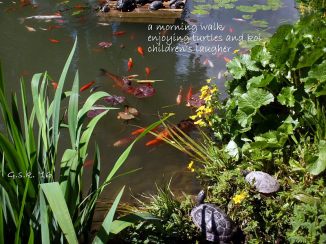 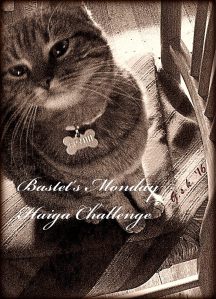 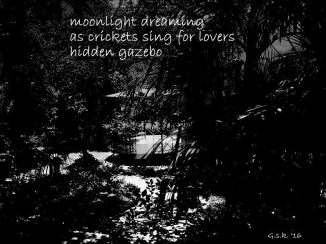 Yesterday I went for a walk with the city of Arco … one of our stop overs was at the Arch-Duke of Austria’s historical botanical garden (for which I did a Sunday walk in 2013).  This morning one of the photos reminded me of moonlight …  so  with a little magic of imagination and an app … my haiga was done.  My next post will be this week’s Monday Haiga Event … hope to see your there!

Carpe Diem #950 dreams – this month Carpe Diem Haiku Kai will be prompting for a daily haiga for those who enjoy this type of work, a great opportunity!

For those who would like to link up with me: